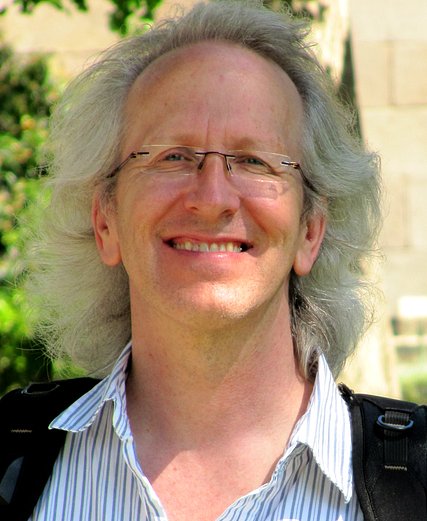 Jaye Krebs is a Canadian musician, digital compositor and children's book author/illustrator living in Delta BC.

Jaye has been doodling on paper and noodling on instruments his whole life; creating comic books throughout high school and playing professionally on vibraphone, sax, flute and piano.

He has played country music in Alberta, jazz in Vancouver, polka music on cruise ships, and has worked as pianist and musical director for musical theatre productions of A Walk with Roy Orbison, Grease, Jesus Christ Superstar, A Closer Walk with Patsy Cline and other shows in the Lower Mainland and across Canada. Jaye has written dozens of original songs, is a West Coast Music Awards nominee and has appeared on numerous CDs as pianist and arranger.

For the past eighteen years, Jaye has also been working as an Emmy Award winning visual effects artist, putting his digital compositing skills to use on feature films and TV shows such as Chronicles of Narnia, Fast 7, Sin City 2, Snow White and the Huntsman, Nanny McPhee, Puss in Boots, Battlestar Galactica, Disney's Kim Possible  and many, many others.

Lately, Jaye has been combining his songwriting, storytelling, drawing and musical arranging skills to produce  joyful children's songs with accompanying  picture books with playalong music. "I always enjoyed the story books with the music happily sharing the pages alongside fantastic artwork.".

Although Covid has slowed down the recording business lately, he is presently in pre-production for a stylistically diverse ten song compilation of classics and originals with his longtime partner, fellow West Coast Music Award nominee Leora Cashe. As Jaye says, "Kids are, and always have been, quite astute when it comes to music. They know when it grooves. You never have to "dumb it down" for any of them!" Appearing as "Nanna & Obo with Groovetown Market", their five-piece band perform energetic all-ages music for kids and their parents.

http://uniqueproperty.ca/ for a very unique property!